We are able to provide the following type of desired military parachuting related training: 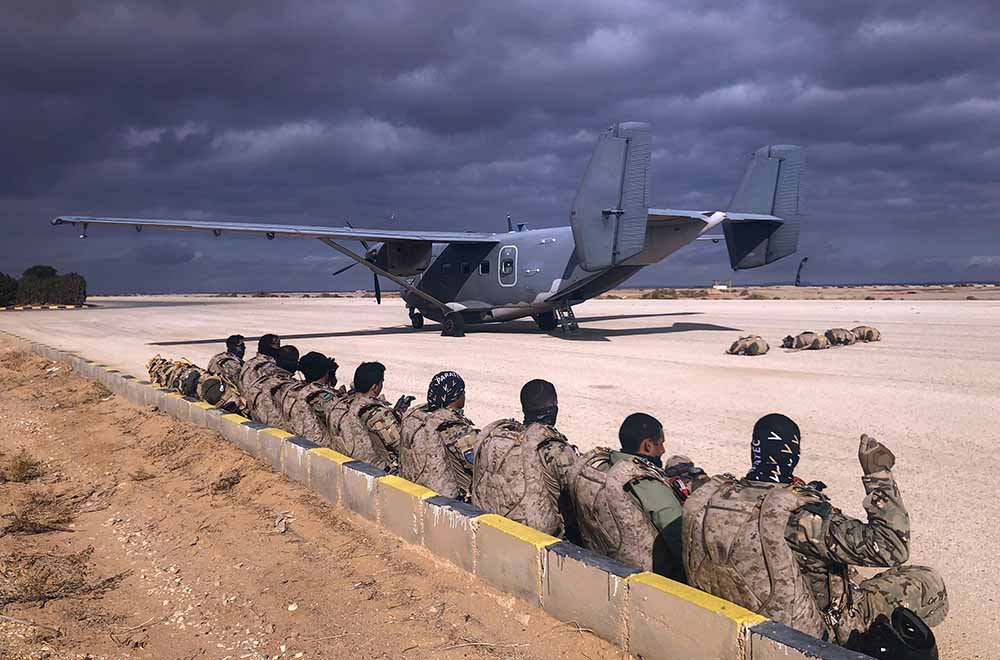 Our staff includes some of the most widely rated instructor examiners holding DFV (German Parachute Association) and/or USPA (United States Parachute Association) ratings. Some are also highly experienced current or former military instructors. All of our training courses will be conducted according to approved, safe and current German and international standards through appropriately rated personnel.

Therefore our trainees can apply for a civilian USPA or DFV license and/or rating for their respective achievement or can receive a Certificate of Completion stating that they qualified to a level equivalent to German Army standards.

For example our AFF examiners conducted the first military AFF Instructor Training and Certification Course of the German Army. The graduates achieved a civilian DFV AFF instructor rating as well as a military AFF instructor qualification. We provide military freefall training and equipment according and equivalent to German standards. The following information should give you a brief preview about a possible course of action for your training courses.